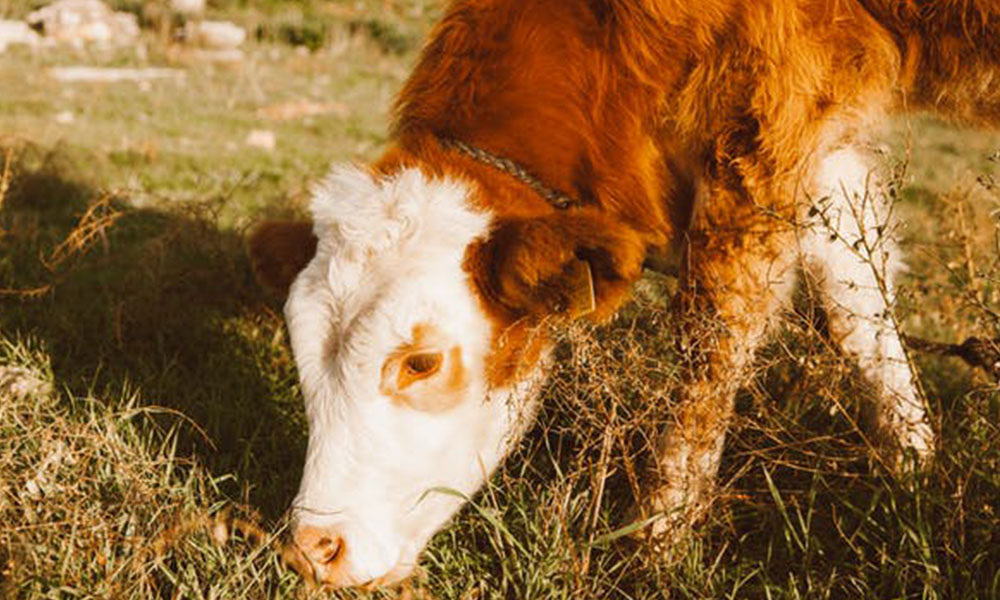 Agridirect.ie talks about the summer threat of gastrointestinal worms in cattle, and discusses some of the best treatments on the market.

We are now only a week out from the first day of July. Now maybe it is just me, but midsummer seems to have come around particularly quickly this year. It may not be a point many of us want to consider, but the days will be getting shorter from here on. That being said, there is a lot of work to be done on the farm before we can even start to think about the autumn. Most farmyards were a hive of activity over the last week, with a lot of us taking advantage of the good weather by saving silage.

With all the buzz around saving silage – and in a few places even hay! – it is important that we remember to attend to animal health and welfare. This time of year can be disastrous on farms, as our attention tends to be drawn in ten different directions at once; but we should never forget that the high summer months bring a range of parasites down on our livestock. Last week, I discussed the threat of blowfly in sheep, and emphasised the need for constant vigilance as the weather takes up. This week I want to talk about a less dangerous, but nonetheless annoying, parasitic threat: gastrointestinal worms in cattle.

Now, because gastrointestinal worms are rarely fatal, it is easy to overlook the threat they pose to animal health and overall farm revenue. Certainly, it is true that worms are only a mild irritant for adult cattle, but they can be extremely dangerous for calves that have been turned out on summer grass. Weanlings, in particular, are susceptible to the gastro parasites, which attack the gut and lower the animal’s overall health at a very vulnerable time.

Stomach worms are also pose a significant threat on dairy farms, where cattle are grazed intensively and often kept in single age groups. A plethora of studies indicate that suggest that parasitic worms, including gastrointestinal worms, are a major source of revenue loss on Irish dairy farms. Animals suffering from a severe infestation are significantly less likely to meet production targets.

In reality, most adult cattle will not even show symptoms and will get through a bout of stomach worms relatively unaffected; but you should keep an eye out for the tell-tale signs in caves. Generally, infected animals do not thrive and suffer from poor body condition. Diarrhoea and a soiled rear end and tail are strong indicators of the presence of endoparasitic worms.

Now an abundance of caution is advised here. You cannot be 100% sure your animals don’t have worms just because they aren’t displaying any of the symptoms mentioned above. At the same time, you don’t want to dose animals that don’t need it. This is why it’s a good idea to get worm egg counts tested in a lab.

If you are certain that your cattle are suffering from stomach worms, then it is time to look at treatments. To help you to come to a decision, we at Agridirect have put together a list of our favourite treatments for gastrointestinal worms. For the dairy farmer’s benefit, we have decided to focus on those products with the active ingredient eprinomectin, as these have no withdrawal period for milk. We hope you enjoy!

Elivec is a ready to use pour-on solution for treating and controlling gastro-intestinal worms. It is also effective for controlling lungworms, warbles, sucking and biting lice, chorioptic and sarcoptic mange mites in both beef and dairy cattle. Like the other products on this list, it comes with no withdrawal for milk, and a very short withdrawal period of 15 days for beef. This makes it a popular choice for factory calves as well as dairy animals. It is easy to use and has high success rates. The active ingredient in Elivec is eprinomectin.

Eprecis is the only injection treatment on our list. Many farmers prefer injections to pour-ons because they are – arguably – the most reliable way to maximise the impact of the active ingredient. The Herd pack, which we sell here at Agridirect, contains two 250ml bottles, one 100ml bottle, and a free injector. Farmers should note, however, that the withdrawal period for beef and offal is 63 days. This may mean that Eprecis is not the best choice for factory animals. 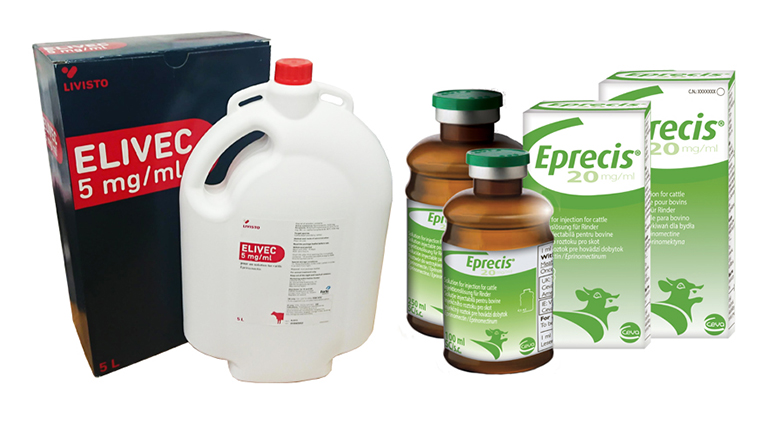 Zeromectin is an oil-based pour-on used for the treatment and control of gastro-intestinal worms (including inhibited Ostrtagia ostertagia and Cooperia spp.), lungworms, warbles, sucking and biting lice, chorioptic and sarcoptic mange mites in beef and dairy cattle. While it has a zero days withdrawal period for milk, it has a 28 days withdrawal for beef. Zeromectin boasts very rapid absorption rates.

Eprizero comes as a ready to use pour-on solution that will treat gastrointestinal roundworms, lungworms, warbles, mange mites and lice. Studies have shown that cattle treated with Eprizero increased their milk yield by up to 2 litres per animal per day. It boasts no withdrawal time for dairy cattle and an impressive 10-day withdrawal period for beef. This makes it a great choice for treating factory animals as well as dairy cows. 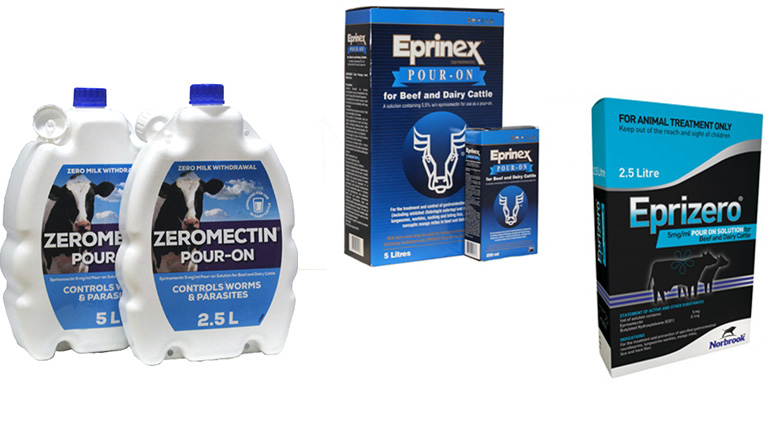 Another very popular pour-on, Eprinex will treat and control all kinds of endoparasitic worms. It boasts sustained activity, and claims to kill more species of worms than rival pour-ons. Eprinex has a 28-day withdrawal time for beef, and no withdrawal time for milk.

< Previous Post: ACRES: What Does the “New REPS” Mean for Irish Farmers?> Next Post: Rise in Temperature Raises Blowfly Threat
Read Next