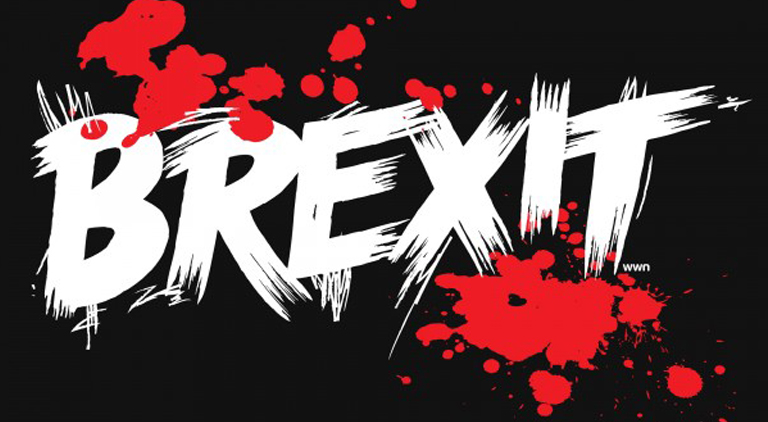 The Brexit countdown clock is clicking steadily to its October 31st deadline and I have to wonder it the date wasn’t chosen as a metaphor. The last three years of uncertainty, of shocks and scares intermitted with moments of calm farce to lighten the mood and give a false sense of security. All leading to what is looking like a climactic near death experience of a nation, or nation! It’s a perfect horror story for telling in the dark, torch under your face, to frighten all and sundry.The only problem is we don’t have an ending. It is still been acted out.  We still don’t know which nation is going to be plunged nearest to death! Ireland or the UK! Both have already suffered somewhat from the whole affair, but depending on how the next few weeks pan out one or both are going to face a lot worse. No one more than farmers. Brexit is already being used as an excuse for low beef prices. That’s before it’s even happened! What will be the result once the dust has settled after the 31st of October?

The total collapse of the beef industry here is a distinct possibility. Regardless of whether a deal is struck or not, there will either be huge tariffs on Irish beef travelling the Irish sea, or increased competition from less regulated countries! With the British market our largest customer for beef, the road we find ourselves on looks like a dark, narrow country road leading to the bleak hotel run by a strange loner and his sinister unseen Mother!  Mix this with the over saturation of surplus light calves from the dairy herd and it looks like the perfect storm for beef. Met Eireann could consider issuing one of their infamous red warnings!

The whole mess is like some Hitchcock directed version of the Wizard of Oz. From the start we had the spiralling tornado calls for a referendum in the UK, followed by the political crushing and ultimate demise of David Cameron's' wicked witch!  At the same time the promised yellow brick road to redemption and a self determining home nation came into view.  Unfortunately the yellow of the road was more like the yellow described on Wikipedia than in the film. “Yellow is the color of ambivalence and contradiction; the color associated with optimism and amusement; but also with betrayal, duplicity, and jealousy*.” Quite an Apt description of the events that followed; particularly the Ambivalence and Contradiction! The entire journey since the passing of the referendum as been paved in uncertainty, confusion and changing opinions! This of course has helped to add to the Hitchcock like tension. The people that littered this story are a lot more thriller “The Rope” than child friendly classic. The "Brexiteers" appear more reminiscent of the island inhabitants from the "Wicker Man" than friendly munchkins. The wizard of Oz had friendly magical creatures emerging from the long grass and the trees looking for traits they already possessed. The UK public were instead treated to spoilt self serving public school toff’s claiming to have all those traits while possessing none. (Though to be fair they do however share the same funny, bumbling way of speaking as their Oz counterparts!) In addition, in this version the wicked witch and her flying monkeys are actually those trying warn the people that they were in danger. That the “Wizard” they were looking for wasn’t real, that this is not the way to the perfect home they were promised! The companions they were blindly following didn’t actually have a wizard with answers; he didn’t have a simple plan to sort the whole affair. But of course, as in all good horrors, no one listens to the advice of “don’t go that way” or “I’m not sure we can trust them”. Instead they plough on regardless. They listen to the bumbling characters that promise something new, adventure and good times. Even when it starts to get scary, they won’t turn back because they are more afraid of showing fear. Not to say that some of their concerns about the EU aren't valid. Us farmers know that well enough! But they seem to over looked all the positives and focused solely on the negatives. Only now when they reach the end, when they face the knife wielding maniac, do they realize their mistake. Only when the wizard is revealed to be a simple, bumbling little man with ideas of grandeur do they realize they were lied to! Now they are hoping that a friendly "Glinda" has arrived and shown them that the way to safety.

Farmers in Ireland are certainly hoping that this is the outcome. We have been dragged to the edge of a cliff against our will. We are the Toto of the story. Dragged to a perilous situation because of our over reliance on the UK and our inability to change or even simply prepare! However it appears that the witch has finally arrived. News has come through of a deal. Everything is going to have a happy ending after all. Or so it seems. But don’t forget this is a horror. And at the end of all good horrors there is a twist, to show that the end isn’t actually the end; The source of terror lives on to strike again. In this particular horror there is a number of ways this twist will come about. Firstly the parliament might not ratify it at all. The DUP and a number of pro Brexit groupings are already stating they will not vote for it which makes it look unlikely to pass. The Brexit show will roll on, perhaps striking immediately with a no deal! Or it could be kicked down the road again. Another sequel!

Even if it Passes

If by some chance it does pass through parliament that still isn’t the end of it. It’s really just the beginning. The sequel in this scenario is the discussions about what sort of trade agreements will be put in place. That is where the import discussions will take place as far as us farmers are concerned. We will need to know what tariffs, if any, will be placed on agricultural products. Will there be a quota placed on the amount of EU beef the UK is willing to accept? So unfortunately despite the news of a deal there is still no certainty or end in sight. However if a deal is ratified there we can be a little more hopeful… for a short while at least. *(Of course like Brexit, you’re never sure if you can trust everything you read on Wikipedia! However like many of the players in the Brexit show I’ll choose to believe it simply because it suits my argument!) RGA

< Previous Post: Have Irish farmers failed to learn from mistakes that lead to the famine?> Next Post: Is this the best Housing Dose Plan For 2019?
Read Next