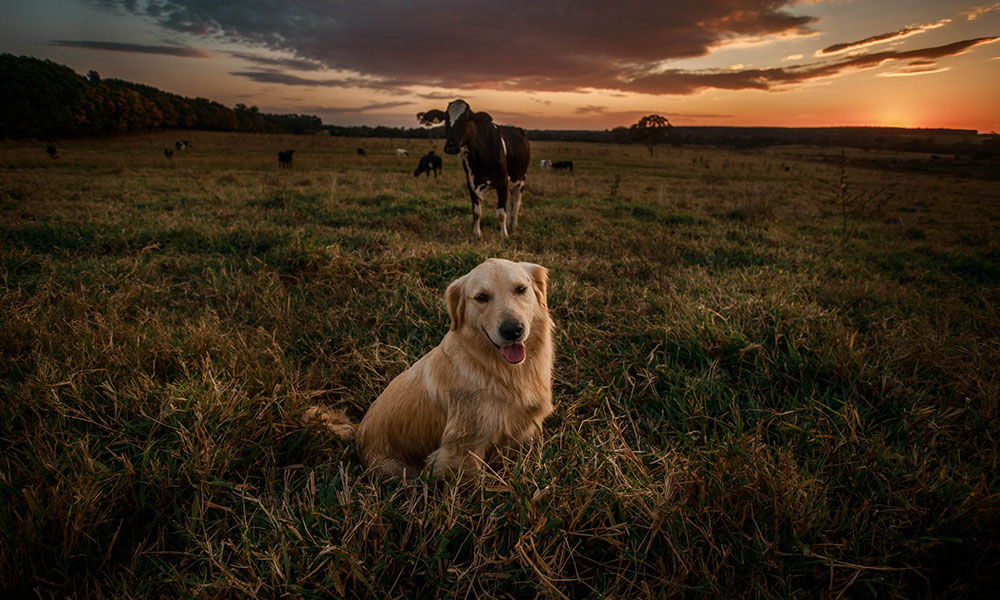 Fodder is, of course, a matter of much concern to farmers at this time of year. We worry about how much of it we have, its quality, and whether there are any affordable alternatives to the standard mix of silage and concentrates. These are, of course, important and legitimate topics and I will return to them at a later date. For now, though, I want to discuss an issue that receives far too little attention in the farming community. This is the danger that pregnant cattle will contract neosporosis from fodder during the housing season.

Studies in the UK have shown that neosporosis is the most diagnosed cause of abortions in cattle, with 17% of dairy herds having been exposed to the parasite. According to DairyCo, cow abortions caused by neosporosis cost the average English dairy farmer £3,000. I don’t have comparable data for Ireland, but it is easy to imagine that the numbers are similar here for both dairy and suckler herds.

A hard lesson to learn

Given how transmissible and common neosporosis is, it is surprising how many farmers have not heard of it. To be honest, I hadn’t heard of it until one of our cows aborted a calf because of it a few years ago. After treating the cow, our vet very kindly explained to us that she had caught the parasite from dog droppings in the silage. We had no defense. We had never been overly cautious about keeping the dogs out of the cattle shed, and tended to let them trot about the sheds as they pleased. It was a hard lesson to learn. The cow was one of our best, but she never held to the bull again.

In short, Neosporosis is an infectious disease that animals contract from the parasite neospora caninum. Dogs are the primary hosts of the parasite, and it is extremely dangerous to them. It causes severe illness in adult dogs and can be fatal for puppies. Usually, they contract it from scavenging rotting carcasses or eating the afterbirth of infected ruminants. After the neospora parasite multiplies in its canine host, the dog sheds it in the faeces, where it can remain infectious for up to six months.

Obviously, this means that cattle are at risk of contracting the parasite at any time. Cows can ingest neospora in dog faeces on pastureland or from drinking water, but the feeding passage in winter is a particular risk. Dogs love to trot around wherever their owners are working, so farmers need to be vigilant. A pile of silage can be an attractive latrine for an unruly dog.

If you have a closed cattle shed, you won’t have a problem. You can just close the door when you are foddering and keep the dogs outside. For some of us, though, it’s not so simple. Many of us, myself included, have open-ended sheds that can’t be closed. If this is the case, it is best to keep dogs tied when you are not outside with them. If they come close to the feeding passage while you are foddering, send them packing. While this can be hard for the dog-lovers among us, the risk of multiple abortions in the herd is too great a threat to ignore.

Recognising the danger: symptoms and treatment of neosporosis

As a precaution, it is a good idea to keep an eye out for symptoms of parasitic infection in your dogs. Neosporosis is most contracted by puppies and younger dogs. Older dogs are less likely to get it, but may still be carrying the parasite without showing symptoms. In severe cases, the symptoms of neosporosis include laboured breathing, paralysis, muscle atrophy and difficulty swallowing. Treatments can be obtained from a vet and are usually administered over the course of a couple of months.

< Previous Post: 5 Common Fencing Injuries and How to Avoid Them> Next Post: Good Hospitality: Making Cows Comfortable This Housing Season
Read Next